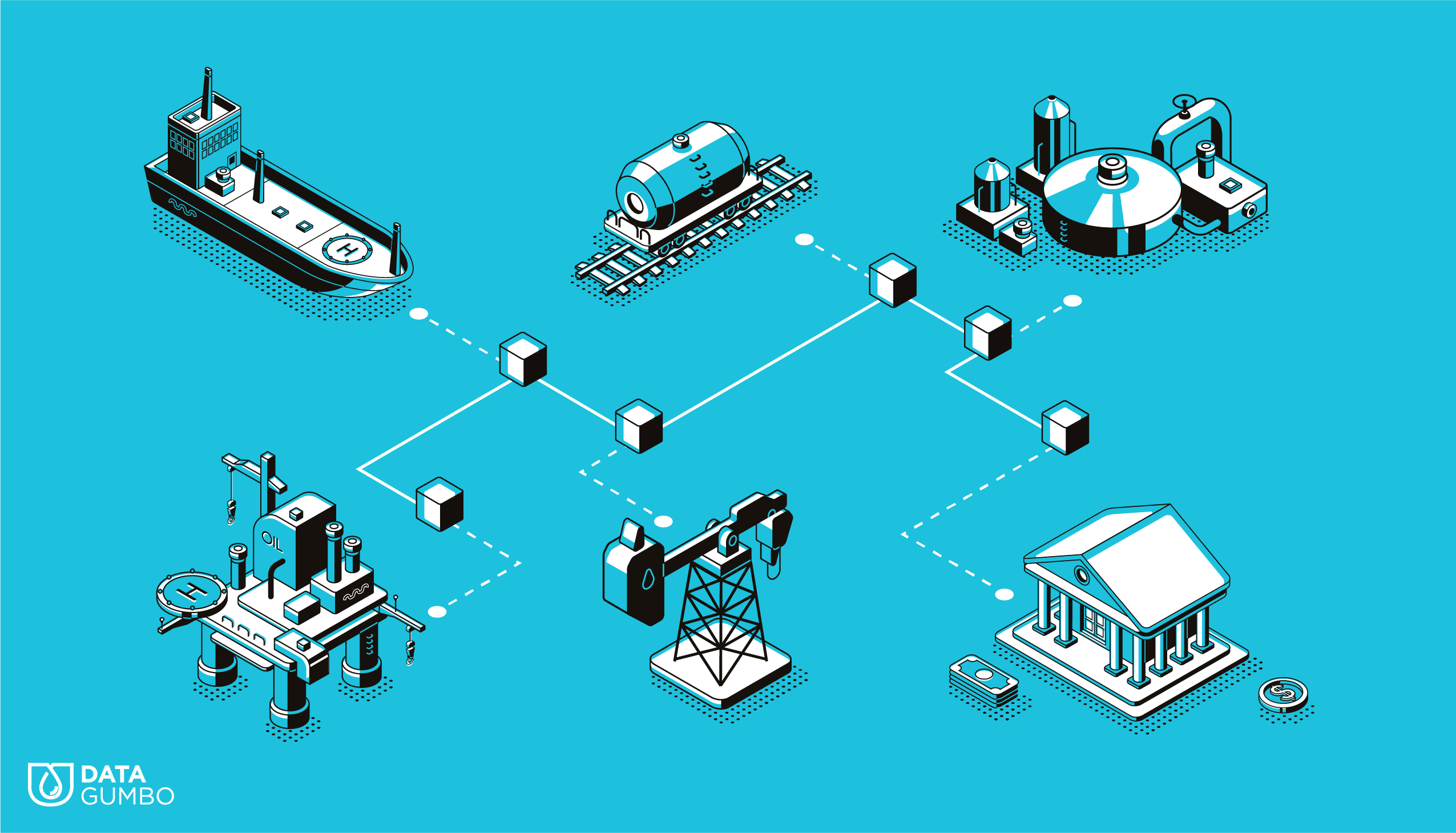 Data Gumbo’s blockchain-based network, GumboNet™, has been named as an “Intelligent Systems” winner by E&P magazine in their 2020 Meritorious Awards for Engineering Innovation (MEAs).

Hosted annually by Hart Energy, producer of award-winning monthly magazines including Oil and Gas Investor and E&P, the awards honor engineering excellence and achievement in the upstream petroleum industry. By recognizing new products and technologies, the awards showcase innovation in concept, design and application.

It’s all about the network effect. Companies don’t need to design, stand up and sustain an implementation of a blockchain and then persuade all of their counterparties to use their blockchain. This is akin to deciding that you want to ship products by rail, and then attempting to persuade all entities you want to do business with to use your own railroad system, rather than your competitor’s.

Pulling specific data into an encrypted distributed ledger creates a verifiable third-party record that any transaction is accurate and certain. The end result is an innovative and modern process that creates touchless transactions and crushes waste in the process. GumboNet can upgrade legacy processes and deliver a modern approach that ensures transactional certainty to drive millions of dollars of improved performance.

Click here for more information on this year’s awards and to see the complete list of winners.